Olivier Mellano (born July 21, 1971) first studied violin and then took up musicology in Rennes where he started collaborations as a guitar player with more than 50 French artists operating between rock, pop, hip hop, electronic and song-writing (Laetitia Shériff, Psykick Lyrikah, Bed, Dominique A…).

He regularly writes music for drama (Stanislas Nordey, David Gauchard), for film, radio, dance or for poetry and fiction lecture. Along with these compositions, he actively implies himself in impros, alone, in a duet (François Jeanneau, John Greaves, Noël Akchoté, Boris Charmatz…) or with actors and writers (André Markowicz, Claro, Nathalie Richard, Pacôme Thiellement…).

As he is keen on encounters going beyond borders or styles, Olivier Mellano also administrates his own collective projects, L’Île électrique -the electrical Island- or La Superfolia Armaada for which he gathers the most adventurous artists during temporary sets that take place in many festivals.

In 2006, he released La Chair des Anges on the Naïve record label: the album includes his pieces for harpsichords and organ, an electric guitars octet, a string quartet as well as voices, halfway between baroque and contemporary music, interpreted by the Debussy Quartet, Olivier Vernet, Valérie Gabail, Bertrand Cuiller, Frédéric Rivoal and Les Voix Imaginaires. La Chair des Anges was performed at the Cathedral Basilica of Saint-Denis or at the Church of Saint-Eustache.

In 2012, he released How we tried a new combination of notes to show the invisible, a triptych produced by La Station Service and premiered at the Rennes opera during the Transmusicales festival.

Back in 2008, his first writing La Funghimiracolette, a book of imaginary musical texts was published. He is currently working on his second book.

Nevertheless, he did not part from the world of rock music and in 2014, his pop-noise solo album MellaNoisescape was released. He is now preparing the second set.

After No Land, his composition for Bagad and voices -interpreted by Brendan Perry from Dead Can Dance, he set up the BAUM project based on les Mélodies de Fauré; he collaborated with the Korean metal band Jambinaï and he has just finished “Eon”, a series of choir pieces created by the Mélisme-s choir at the Ars Musica Festival in Brussels in November 2021.

Nevertheless, he did not part from the world of rock music and in 2018, his second pop-noise solo album MellaNoisescape is released. He founded the Coddiwomple trio with G.W. Sok from The Ex, and has released in May 2022 “Alive” his first Mellano/Soyoc duet with Mona Soyoc. 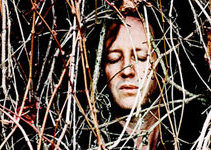 Olivier Mellano’s compositions offer a multiform as well as generous and demanding work which shines through the crossed heritage of Carlo Gesualdo, Henry Purcell, Benjamin Britten, Gavin Bryars, Moondog or György Ligeti.
In his creations, Olivier fosters a peculiar musical aesthetics that melts away stylistic hierarchies by moulding sound material into the most volcanic notes or the most ethereal ones, by challenging baroque harmony with sonic fire, by inhabiting the chamber or symphonic ensemble with a brand new energy, by melting electric guitars and classical voices, still with that ever luminous and sacred dimension beating right inside an extreme, literate writing that has no bounds. His approach moves from the most ambitious pop music to a totally assertive contemporary one: in that sense, it joins works of a new generation of composers among which Nico Muhly, Bryce Dessner or Jonny Greenwood. 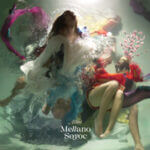 Mellano Soyoc: After KaS Product, the cold wave icon Mona Soyoc is back with a perfect balance teaming up with Olivier Mellano, and their first album “Alive” shows indeed how their creation is alive and awake. 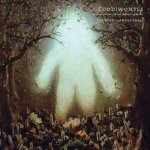 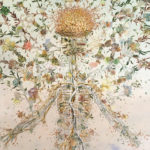 Making an escape and leaving his rather gargantuan projects, Olivier is back to raw energy, electric cataracts and sonic cascades. Having put his guitars to the service of Mobiil, Psykick Lyrikah, Bed, Laetitia Shériff and Dominique A, Olivier Mellano presents his solo album MellaNoisEscape in 2014. Autumn 2018 – MellaNoisEscape is back on the road with Valentina Magaletti on drums and Miët on bass guitar for the release of Heartbeat of the Death. A trio in the same vein as Shellac, Battles and Blonde Redhead… 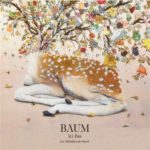 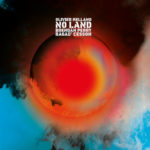 No Land is the new musical piece of non-categorizable composer and guitar player Olivier Mellano. At the crossroads of modern musical genres and new music, defying codes of traditional folk music, Olivier Mellano invited for this new projet the 30 musicians of Bagad Cesson and the marvelous voice of Brendan Perry from the Dead Can Dance duo. 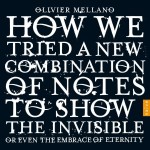 How we tried a new combination of notes to show the invisible. A creation knocking together contemporary music and « musiques actuelles » scene, mixing , voices and acoustic, electric and electronic sounds. The premiere took place in December 2012 during the Trans Musicales Festival in Rennes. With, among others, Simon Huw Jones, Valérie Gabail (soprano), Jean-Michaël Lavoie (orchestra director) and the 12 guitar players from Pink Iced Club. A coproduction with La Station Service, the Orchestre de Bretagne and ATM–Trans Musicales. 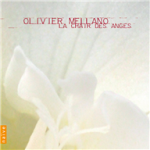 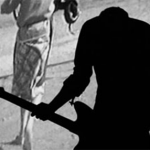 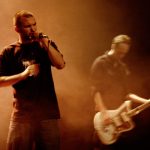 More familiar with rock, pop or even experimental music, Olivier Mellano is nevertheless keen on hip-hop from the present scene. He met Psykick Lyrikah in 2004 at the end of the recording of their album. A genuine, human and artistic, encounter takes place and Olivier plays guitar on 3 upcoming tracks only, for lack of time for more…Since that first album Des lumières sous la pluie (2004), Olivier will remain part of the project. In 2007, they record the guitar/voice album, Acte, and in 2008 a third album, Vu d’ici, in which Mellano put his mark more than ever. With Derrière moi in 2011, an album without any acoustic or electrical instrument, Olivier joins the project on tour. 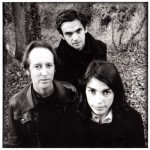 It is during a shared set with Dominique A that Laetitia met the guitar player Olivier Mellano and she invites him to join her on stage. The idea of a common project comes out and Olivier invites Gaël Desbois on drums. In 2004, the three of them record the first album of Laetitia, Codification, with lyrics in English. They then go on tour and perform at the Printemps de Bourges and the Vieilles Charrues. In September 2007, they compose together a second album, during a residency a the Antipode in Rennes: Games over is released on Fargo Records in May 2008. 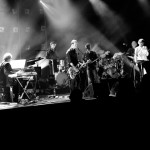 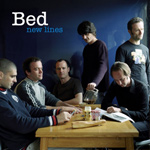 Project of Benoît Burello, Bed is formed with its faithful fellows: Olivier Mellano on guitar, Jean-Michel Pires on drums (The Married Monk, Headphone, Yann Tiersen) and Yann Louineau (guitar on The Newton Plum and co-writer of all lyrics). Benoît Burello invites two others musicians, Thierry Chompré and Nicolas Courret on drums, to enlarge Bed. 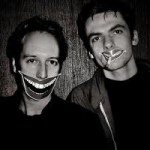 Olivier Mellano set up Mobiil with Gaël Desbois: a non-standard electro-pop adventure with 3 albums, Prendre l’eau in 2001, Contre le centre in 2004 and Fondre sur les hyènes in 2007. For the first time, Olivier Mellano tackled the issue of French writing and singing. Mobiil produced the Mobiil sPoETial Opéra, a musical performance with actors and sound and audio screening. 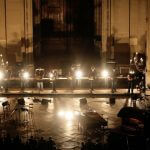 In 1998, Olivier created L’île Électrique, a huge live project for which he composed tracks and managed the artistic direction so that to offer an inventive mix of classical and experimental music, of rock, video and contemporary dance. L’île Électrique is produced for the first time at the Trans Musicales Festival and the performance welcomes many artists among which Yann Tiersen, Philippe Katerine or Robin Guthrie. The event turns into a much appreciated rendez-vous during temporary sets that happen in several festivals. Moreover, L’île Électrique allows the audience to discover Mellano’s own projects such as Pink Iced Club interpreting his pieces for 8 guitars. 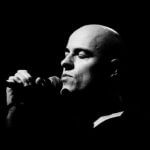 Olivier gave up violin to dedicate himself to guitar and joined Dominique A on tour during the Remué (1999) album. He collaborated at the recording of Auguri (2001) and L’Horizon (2007). And he then played with François Breut, Laetitia Shériff and the rap band Psykick Lyrikah. 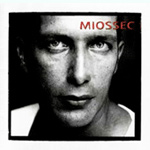 In 1995, Olivier went on tour with Miossec for 2 albums. He also played violin on the second album of Polar (Éric Linder) Bi-polar, on the third album of Sloy, Electrelite and on Toxu, a track by the Senegalese musician Wasis Diop. 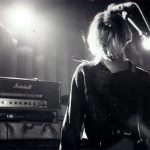 Olivier Mellano was born in Paris in 1971. He spent his youth in Brittany and studied musicology in Rennes where he started as a violon and guitar player with different bands: Roâde, Complot Bronswick, Venus de Rides, Bruno Green, Dominic Sonic. It is also the time when he took part at the Rrose Sélavy record company.