What we will still (not) do

As you may have guessed, these news have nothing new but their name and won’t be much different from those from last month.

Time is passing by and standing still, concerts are on stand-by, cancellations continue to be announced and postponements are marking new horizons. While waiting for the viral noose to loosen and our movements to get their sweep back, I’ve dived into this unfolded time to cook up the next part.

The future book is progressing quickly, the film scores for ‘Paradise’ by Paul Manaté and ‘Pollock & Pollock’ by Isabelle Rèbre are on their way; such are new choir pieces for the Mélisme(s) ensemble, music for Supergravité (the Aïe Aïe Aïe company’s next play), music for the coming album of our duo with Mona Soyoc as well as other things.

No confined concert as far as I’m concerned because, while some are good at that, it seems impossible to me to find the right energy, when cut off from the physical link with the audience, without the vibration of a shared audio space, and without the antique aspect and, yes, the sacred aspect entailed by being on stage, an aspect that this forced shutdown has revealed as never before.

However, we offer you the NOVA-Oratorio which was recorded last summer with Claire ingrid Cottanceau. The final monologue of ‘Walk About the Villages’, written by a transfigured Peter Handke, is a word more precious than ever and an infinite fuel.

Tangled up into the events’ headlights, hypnotized by the abysmal and gloomy mediocrity of a surrealistic power, let’s look at broader lights, let’s pay attention to what gathers up instead of what divides, and be each of our ‘against’ followed by a ‘for’, this will maybe be the best way to shape future.

The newsletter you’re reading, deprived of its materia prima, will probably be interrupted all summer time so that to come back in September, arms loaded with concerts, music, images and more than ever yearning to fight it out and make the air vibrate all around, as we used to and will always do.
See you soon then. And to quote Nova, ‘be gentle and strong’. 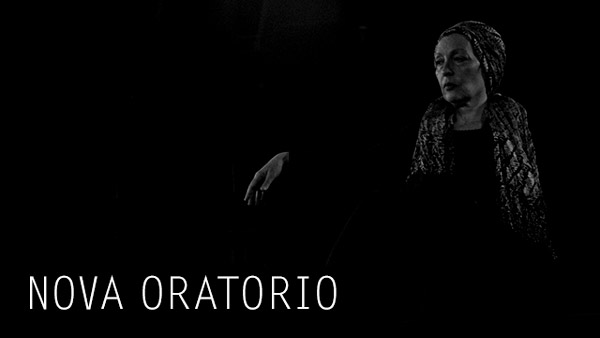