This month: No Land, Nova, Rothko, Tan and How we tried… Dreams that will have taken root, blossomed visions that will be splashing November.

The dire and profound words of Nova that we will be spreading out with Claire ingrid Cottanceau and a splendid choir formed by our shining elders: Dominique, Nadia, Paule, Anne-Marie, Claude, Roger, Roberte, Joëlle, Geneviève, Nicole, Jean-Gabriel, Max, Yves, Bernard, Pierre, Philippe, Fabienne, Marie-France, Hypo, Eugénie, Suzanne, Eve and Christian, all guided on the string of grace by the ether tamer Thierry Thieû Niang. It will happen in Rennes at the Théâtre du Vieux St Étienne on November 10, 11 and 12 for the TNB Festival.

The inner epiphany of Rothko’s painting. On the 12th, just after Nova-Oratorio, our duet will change into a trio with Thierry Thieû Niang joining us on stage for an inaugural version of the Rothko-Untitled #2 performance. It will take place at 8.00pm, free admission by reservation only, at the Théâtre du Vieux Saint-Étienne again. 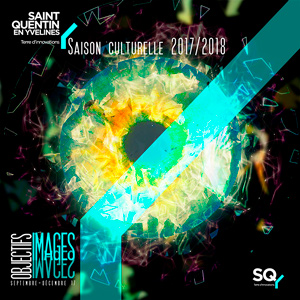 Vision multiplied by hearing. On the 15th, the Perceptions & illusions exhibition will open its eyelids at the Commanderie des Templiers in Saint-Quentin-en-Yvelines: until 4 March it will watch over the embers of TAN -the installation created with photographer Richard Dumas- as well as over the filmic visions of Alanté Kavaïté (queen of light) and Dan Ramaën (master of shade) about my symphonic piece How we tried…. A portfolio box ‘…sometimes notes stop times…’ prepared for that occasion will be available on-site as from the opening on the 17th.

Special cherry icing on a chocolate sponge cake, our ACR Rothko -composed with supernovesque Claire ingrid Cottanceau- will be part of the visit long with works by Stéphane Bissières and Éric Vernhes.

And if there was any need to add more, I will be at the Commanderie on the 19th for a meeting to speak about links between music and images.

Knighthood will also be out this month, and dispute on France Culture radio on the 23rd. Then, if you’re in the Val de Marne wherabouts on the 18th, the inexperishable Nosferatu by Bob Théâtre will see the wimps shivering in Champigny-sur-Marne.

To end with, in a double and quite not much commercial mouvement, the utopian vessel of political fiction programme, No Land, will scatter across the distant horizons after having bravely marked its passage. CDs and vinyls released on the meant-to-be label World-Village – [Pias] on the 10th will therefore correspond with the end of this crazy stage adventure that we will be celebrating with two final concerts: on the 18th at the Point d’eau in Ostwald (near Strasbourg) and on the 25th at the Pont des Arts in Cesson-Sévigné (near Rennes) for the TNB Festival and Yaouank with, on first set, ‘Land on’ in duet with the hurdy-gurdy player Marc Anthony and, on aftershow, the electrissime oudist Mehdi Haddab.

I do not know what made the fantastic musicians from Bagad Cesson and Brendan Perry go to such monumental work and adventure as the No Land one. But I know that, thanks to their faith and their energy, this remote vision has become a strong fresco of vibrant sound. To each of them, a huge and warm thank you.