Following months holed under the feeling of building houses of cards on quicksands, we are still going on forward a few islets set down as stepping stones.

Let’s say we’ve experienced more colourful months of October but, even if this one is deprived with some festivities, others are floating, like merry survivors, to lead us towards November. 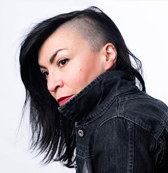 On the 10th, we’ll be back in Nantes, with the writer Laure Limongi at the Festival Midi-Minuit Poésie for a musical reading about papaya, axolotl and jungle of some of that from her latest book J’ai conjugué ce verbe pour marcher sur ton cœur: it will happen at 9pm at Le Lieu Unique. A few hours earlier, at 4pm at Le Lieu Unique, round-table and musical chairs for Jouer la poésie with friends Dominique A, Rodolphe Burger and Jean-Michel Espitallier, a discussion without music during which we’ll discuss music and poetry. 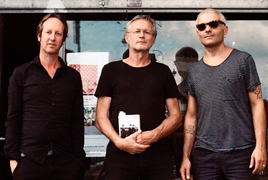 Five days later, on the 15th, back in Nantes at Stereolux to electrify Robert Walser’s poetry with Coddiwomple. This will be our first concert since the release in March of The Walk and other stories LP that you can listen to on Bandcamp before ordering at À Tant Rêver du Roi. We’ll share the stage with Michel Cloup Duo and Pascal Bouaziz just like the day after, on the 16th, at Chatodo in Blois.

Linked to my last years fascination with quantum physics, I’ve suggested the physicist and philosopher Étienne Klein to immerse one of his lecture in a musical bath, so that to experiment a wedding between scientific thought and musical emotion, to have the unconceivable poetry of the subatomic world hatched, to offer another access to the invisible before our eyes by entwining knowledge and sensitivity. It will happen on the 21st at the Maison de la Poésie in Paris.

At the Gaîté Lyrique, n Paris, my music and the photon ballet of Adrien M & Claire B will go into Faire corps until January, just like Mirages & miracles at the Electronica Art Center in Linz (Austria) and at the Champs Libres in Rennes until the 18th. The wonderful waters of Acqua Alta will bath the Quartz in Brest from 7 to 9, and the Théâtre de Grasse on the 13th and 14th.

At another far end of the virtual spectrum, the surgically raving mad Ersatz by Julien Mellano will play in Geneva from 14 to 18 October. 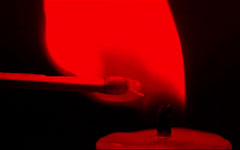 In light of various glints, we are still moving on, step by step, on a loose ground, trying to consolidate every thing that allows us to float a bit higher above the ground, not to flee it but to watch it better.

Have a nice Fall, all of you.