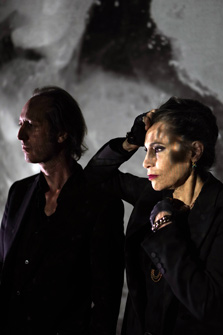 It would have been necessary that Father Time added a 32nd day to March so that time was found to write this newsletter; however, in spite of the mad dash, here it is, just before April 1st in a rush gives us a fish tail in the shape of a Siren, yet not the one that will adorn the Mellano / Soyoc album but the one of La Rochelle where we will be welcome for our 1st concert as a trio with the great Uriel Barthélémi on drums.
On the 16th, doing so again at Café Charbon in Nevers for an evening set-up by the beautiful magazine Persona.
On the 6th, we’ll give you another clue on our album’s fabric by putting into orbit the Avatar song accompanied by its videoclip made to measure by Adrien M & Claire. 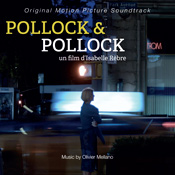 The 1st is also the date of the digital release at Plaza Mayor Company Ltd of the soundtrack I composed for the beautiful film Pollock & Pollock by Isabelle Rèbre. A series of drums’ pieces flying from every jazz timeline and with piano sometimes prepared, more than interpreted by the fantastic sound painters Régïs Boulard and Ève Risser. And if you are in Rennes on the 2nd, you might discover the film at the Arvor cinema for a special screening followed by a meeting with the film director.

On the 19th, high poetry. We will spend time with the speleologist of the peaks, Laure Gauthier, to explore the chasms of her latest book Les Corps Caverneux (Lanskine) during a concert-reading at the Maison de la Poésie in Paris.

On the 27th, high vibrations. I will have the joy of meeting again the 12 angel voices of the Mélisme-s Chamber Choir directed by Gildas Pungier for the ÉON vocal pieces at La Passerelle in Saint-Brieuc. On the afternoon, the conductor Gildas Pungier will concoct for us a ‘musical dish’ in which he will honour me by a gourmet analysis of the ingredients of my pieces in order to reveal some of its mysteries before the evening savouring. 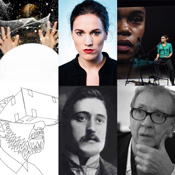 This month will also be the one of the continuation of the recording of my coming book Exprosion / Improsion. Following Catalyse, Carlo Brandt and Claire ingrid Cottanceau, Clara Ysé will print the words in the air.
At Radio France, we will also continue mixing the splendid album of John Greaves on words by Apollinaire.

The Mirages et Miracles exhibition of Adrien M & Claire B will be whispering on the theatre’s walls in Laval from the 7th and Ersatz by Julien Mellano will virtualize in Lannion, in Marseille, in Gap and in Grasse.

Last, if it happens that you listen to music on platforms before going refueling at your favourite record shops, I’ve put together a 100% muggins playlist on Deezer and Spotify for a 4-hour immersion of my greatest hits.

May these harmless sirens appeal to you. While other sirens are warning ones, the world is rumbling. Let’s hope that it calms down and, stubbornly, let’s have it being raided with light.