Whilst this funny year not very funny unravels with no outline of regret, I have for this month but a home-made scopitone and a Christmas jukebox picked up from the old world’s drawers.

On this beginning of December, we should have played our Rothko Untitled#2 with Claire ingrid Cottanceau, at the MC93 in Bobigny whereas, waiting for another postponement, I can only share with you the first images of this precious and quite uneasy to film project. 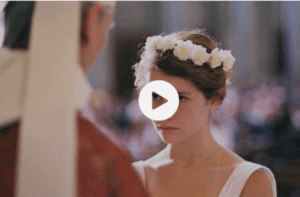 Ten years ago, Katell Quillévéré filmed Un Poison Violent, her first full-length film whose organ score I composed. If you’re hesitant about your next cinema evening, this beautiful film is on streaming until January 14 on France TV.

Eight years ago, it was the beginning and the ending of the HOW WE TRIED saga that you can (re)discover with all its branches, here, during a rainy confined afternoon for instance.

How we tried a new combination of light by Alanté Kavaïté

How we tried a new combination of shade by Dan Ramaën

Six years ago, my favourite fireball, MellaNoisEscape, started up. Ten videos to which a little eleventh one is born, blink at you for an electric drink.

Four years ago, I was finishing No Land for the Bagad Cesson and for Brendan Perry’s voice. Will you wish to experience it, pump up the volume, open the windows and add some iodine or peat.

Two years ago, with BAUM, we huddled into delicious Mélodies de Fauré, the documentary on how we create the project as well as the whole concert in the Courtyard of the Popes’ Palace is ideal for tea-time.

Would you rather let yourself be rocked by radio, the Funghimiracolette, Rothko ou Mary Shelley are waiting there for you, and such are many other sweeties.

And because we do not live on streaming, here’s the commercial bit when, just like every year, we cut prices so that you can break your piggy bank to cook up fine packets to be received at your place or at the one of your most lucky friends.

While waiting for stages to vibrate again, I wish you to finish off this year with kindness. We will meet again in 2021, it will be fine.

This month for the subscribers 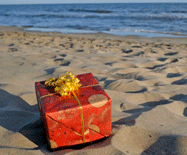