It had been a long while since I felt the diary’s lines becoming denser like they do for this November. New creations are hatching and some unchained dates are chaining up even though we won’t speak about a tour but rather of a merry and butterfly-minded jump from pillar to post.

To start with, Ce qu’il faut dire, the new play by Stanislas Nordey as well as our fifth collaboration, and now pieces for percussion instruments, impacts of metal and wood, softness of the marimba or bareness of a mere snare drum to play along the burning words by Léonora Miano -a lesson of history, a catharsis and most of all a possible path to brotherhood- supported by Gaël Baron, Océane Caïraty, Ysanis Padonou, Mélody Pini and the drummer Lucie Delmas, from 6 to 20 at the Théâtre National de Strasbourg.

From the TNS to the TAPS, another scene in Strasbourg, the J’aime creation will take place from 16 to 20, a text by Nane Beauregard running like the River Amur through Laure Werckmann’s voice till it melts into the twists and turns of my guitars.

On other stages, other splendid worlds: Acqua Alta by Adrien M &amp; Claire B on the 9th in Nantes, on the 13th in Sorbiers, on the 16th in Pont-Audemer and on the 19th in Chateauvallon ; and also the Aïe Aïe Aïe Supergravité on the 23rd in Quimper and the Ersatz V2 on the 23rd and 24th in Volgelsheim.

Then, I’ll be back on the road this month. Back to daily trains and cities caught in a glimpse for a succession of concerts that would have been cooked up by a positive booking agent’s brain suffering from space-time disorders. Flight schedule: 12 NO&RD in Piacenza, 13 Mellano/Soyoc in Vannes, 14 NO&RD in Châlon-sur-Saône, 16 J’aime “première” in Strasbourg, 17 with Etienne Klein in Paris, 19 NO&RD+Coddiwomple+John Greaves in Rennes, 20 Coddiwomple in Dijon, 27 Éon in Brussels. 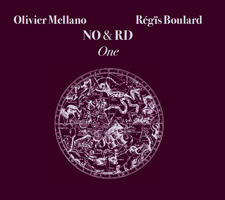 The series begins in Italy, in Piacenza, a city sheltering a beautiful three-headed record company that had the marvellous idea of releasing the NO&RD album, our duo old chestnut which burst out from Caverne studio 6 years ago, on a miracle-day that gave birth to an album composed and recorded in a few hours with the drummer Régïs Boulard. As if looking to others, the album is soberly called One and will be out on the 26th in a flat form at Unifaun Records and in no form on platforms. Would you wish it, it is on order here.
We’ll celebrate its release on the stage of Teatro Open Space 360° in Piacenza on the 12th, then at the la Péniche in Châlon-sur-Saône on the 14th with the Mona Kazu friends.

In between, on the 13th, I’ll make a detour via Vannes at the l’Echonova for what will certainly be the last Mellano/Soyoc concert in a duo set before speeding things up with the release of the album at spring time and an extended live fomula.

On the 17th, in order to set the records in straight lines, we’ll dive into space-time mysteries and quantum physics with the scientist Étienne Klein for a concert-lecture that has been postponed many times but that will finally take place at the Maison de la Poésie for the Festival Paris en Toutes Lettres. If I had been able to go inside the fascinating world of quantum physics these last years, it was thanks to a few books among which is Regards sur la matière by Bernard d’Espagnat and Étienne Klein, thus I am honoured that Étienne Klein said yes to my invitation to tempt the pairing of scientific thought and musical emotions.

On the 19th, a great joy it will be to come back to Rennes and the Salle de la Cité where we will land with a dream-set: Coddiwomple, our trio with Nicolas Lafourest and G.W Sok, the fabulous John Greaves and NO&RD for re-re-celebrating the release of our album by inviting for this special occasion some friendly voices such as Arm and Mona Soyoc.

On the 20th, Coddiwomple will set sails for la Vapeur and the Festival Indie Day in Dijon with a bloody good bevy of bands. 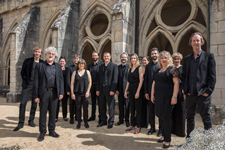 A washing-machine and some nights of recovery later, drastic change of universe and take-off for ÉON, a programme of pieces for 12 voices composed for the Mélisme-s Chamber Choir directed by Gildas Pungier, amazing tamer of the aether who secretly knows how to send in higher spheres notes that have been patiently organized on earth. This “première” will take place on the 27th at the beautiful Festival Ars Musica in Brussels.

Here are loads of occasions for reuniting loudly, for vibrating together and for reconnecting with what we missed so much.