After the relative nothingness of Februanil, we come back to move the fireball and make our March own. 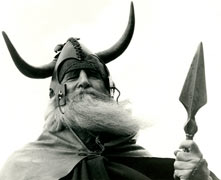 On the 5th, I’ll move on the merry cart of H’art Songs by Moondog at the Théâtre de Valence for Jazz sur le Grill that honours the blind visionary man who is celebrated this time by the wonderful skewer of sensitive stentors, Bertrand Belin, Borja Flames, John Greaves, G.W. Sok and David Sztanke, with Barbara Dang and Melaine Dalibert on pianos and Lou Bailly-Renaud at the trimba, here is a small video souvenir of the creation in Toulouse. 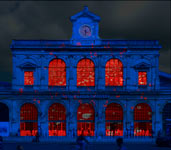 After directing the splendid video of Gabriel Fauré’s Ici-bas or Baum, the directoonist Sébastien Laudenbach will illuminate the Lille Flandres train station with a new production created on our Paradise track -lauded to the skies by Judith Chemla- for the Video Mapping Festival on the 11th. In sight, an instant of elevation and in 2D. Will you not be in Lille, here is a small souvenir video of the creation at the Popes’ Palace in Avignon. 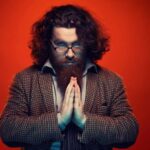 Then, back with Pacôme Thiellement for an improvised concert-lecture, another dive into the unknown of the present time and into all its simultaneous spaces. It will happen on the 12th, close to Paris, in Viroflay at 8.30pm at the Auditorium. Will you not be in Viroflay, here is a small video souvenir of our performance at the Maison de la Poésie.

Another lecture, a more formal one, on the 24th at the Reims University where I’ll participate at the symposium Vocalités contemporaines – La voix entre poésie et musique (1948-2022) to speak viva voce about this ‘porous fabric’ between sense and senses.

Even less fun on the 27th at the Méliès cinema in Pau where I’ll play my cine-concert Hour of the Wolf, the fascinating nightmare by Bergman. Will you not be in Pau, here is a small trailer to unveil some of the great thrills you will escape to.

This month, I will also have the joy to begin mixing the splendid coming album of John Greaves, with the texts of Apollinaire, and to be released by Signature-Radio France.

We will get back on rehearsing with Bed in preparation for some spring concerts.

And -drum roll- we will take up our MELLANO/SOYOC residence to prepare the concerts that will support the imminent release of our first album Alive, from which we disclose a first track, Hearts served with the videoclip directed by the virtuoso movie-digger, John Trap.

Elsewhere, my music will vibrate among the Adrien M and Claire B Core installation in Montreal and float in Acqua Alta on the 12th and 13th in Vevey (Switzerland), on the 18th and 19th in Volgelsheim, and on the 22nd and 23rd in Sartrouville. It will bug out in Ersatz on the 8th in Cholet, on the 19th in Blichwewhsel (Germany), on the 22nd in Pont-l’Abbé, the 23rd in Fouesnant, the 24th and 25th in Quimper and the 31th in Lannion. It will beat with the heart of J’aime by Laure Werckmann from the 8th to the 12th in Toulouse and on the 23rd and 24th in Montreuil.

Make your March own and, with any luck, may yours meet mine.

After writing this newsletter, some less light news has arrived from the East, making our islets of music appear quite insignificant. However, as the world rumbles on, we still think that anything that enlightens, brings together, aims for sense and joy is more important than ever.