We’ll have awaited, not being determined to flatten our concerts in order to have them to bend to screens and to vibrate only to computer speakers. Now the perspective is back to live again the saliency of the stage and the emotion of decibels, then we’ll play again, with all joy included in playing.

Summertime begins with the premiere of Fleuve Kate , on 22 June at the Maison de la Poésie in Paris where I will set to music the ghost chapter from the last book of Hélène Frappat, written for Kate Moran who will play it on stage. A biographical poem, the song of a river-woman, meandering from Massachusetts to the teary waters of Saint-Merri swimming pool.

On 27 June, a sweetness-bath along the Moselle river, for a musical nap wrapped with guitar-scents that will craddle the happy ones in Lorraine lying on grass but, it is hoped, gliding in blue sky over the NEST in Thionville.

It has been several years now since the Scènes Occupations Festival has been trying to convince me to play again my film-concert Sunrise on Murnau’s masterpiece. Their tenacity will have got better of my reservations and this adventure will be born again on 2 July, outdoors in the cour de Bar of the Palace of the Dukes of Burgundy in Dijon. That will be the occasion to reconnect with that miraculous encounter back on road 18 years after being set into motion.

To end the season that was only waiting to begin, Éon, my new musical compositions for choir will be played on 10 July for its preview at the Traversées de l’Abbaye in Noirlac, with the 12 angel voices of the Mélisme-s ensemble directed by Gildas Pungier.
In a dreamy and enlightened place, the programme will include 7 pieces I composed and some wonders by Britten, Gesualdo and Purcell.

Would you be in Paris on 19 June, you could go to the movies, 11am at the Luminor cinema, to see the splendid Pollock et Pollock film by Isabelle Rèbre whose score I composed. And would you pop in Avignon, you could see the Pont d’Avignon we customized with the dancer Raphaëlle Delaunay for a videos collection displayed at the Grenier à Sel from 11 July and broadcast on Arte Concert.
And would you take a city stroll in Rennes around the Place du Parlement in August or maybe July, you might have a little surprise.

Let’s meet again at the edge of the future new season, on 29 August in Tournai for the [Rencontres] inattendues with Pacôme Thiellement for another musical and philosophical experience, and then, conjuring more serene times, we will play again and again, filled with everything awaiting and everything unknown yet. Anyway, whatever we do, let’s play while doing it. 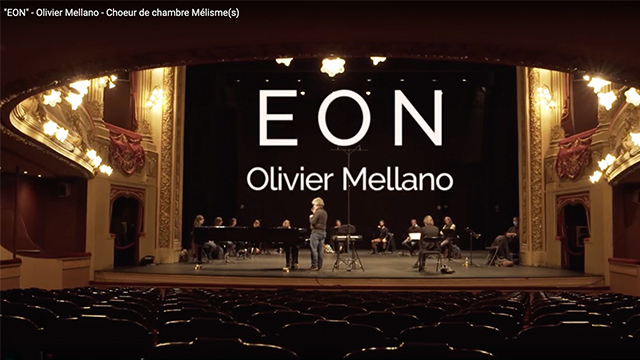