If you’ve been a subscriber to this newsletter since the beginning, you’re reading the 50th. While making a brief overview of the last five years, I could see how this or that thing was appearing, disappearing or reappearing, how it was lasting or vanishing, sometimes like flashes, sometimes like underground rivers, waves with different temporalities and intensities, covering themselves, overlapping themselves, passing each other in a continuous flow made of energy and sounds all connected together. 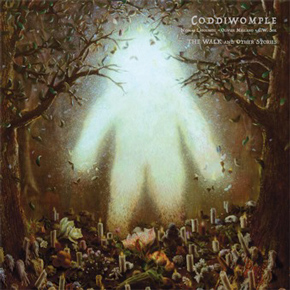 Let’s continue the crossing with The Boat, a first music video and a first track from the first Coddiwomple album, the trio set up two years ago with G.W. Sok, the original singer of The Ex, and the guitar player Nicolas Lafourest. The album is called The Walk and other stories and it has been inspired by Robert Walser’s masterpiece, The Walk. Released on March 6th on the À Tant Rêver du Roi label, and provided up to that date on line streaming with Mowno. If you enjoy, it is on sale here in a beautiful CD-vinyl combo, embellished once again by another painting by Haruko Maeda. 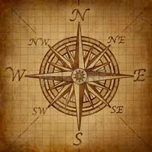 Sundays come and go, none alike the other, at La Gare Jazz (1 rue Corentin Cariou in Paris) where Captain John Greaves is still welcoming his blended crew for a third and final month. We’ll be there on the 8th with NO&RD, the duo that has been fostered with the drummer Régïs Boulard with whom we’ll be back on stage to celebrate the upcoming release of our ONE album. John will be invited to play NO&RDified versions of his greatest hits among our future most popular tracks.
I’ll also perform on the 29th, for the final great docking, surely an explosive one and definitely a future live album summing up these 3 months crossing. 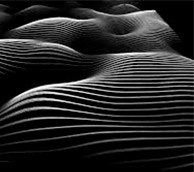 The Faire Corps exhibition taking place at the Gaîté Lyrique in Paris is going on and -happening in the happening- Kyrie Kristmanson and I will be embodying the musical ether of L’Ombre de la Vapeur that is at the centre of Adrien M & Claire B’s creation, during two live performances on the 12th. 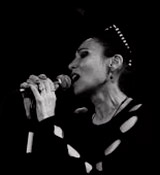 The day after, on the 13th, moving westward to meet you at the Ubu in Rennes for a remake of the magical gig we played for the Trans festival at the Bistro de la Cité, with our duo Mellano/Soyoc and Dominic Sonic. We’ll push walls out this time and everybody should be allowed. Some crash sonic effects are expected with our friend Dominic.

The day after, on the 14th and still in Rennes, fourth duo of the week to meet up Arm for a new radical experience during an evening at the Jardin Moderne dedicated to this French rap music icon who is making his own way far from the clichés, and who will also ask in the entourage-Vîrus, Thomas Poli and Pierre Lucas.

Other islets: the underwater ones from Acqua Alta by Adrien M & Claire B, on the 6th and 7th in Elbeuf, on the 20th in Roanne and from the 25th to the 28th at the Théâtre de Chaillot in Paris.
The virtual and existential scale of Ersatz by Julien Mellano on the 12th in Montfort-sur-Meu and on the 29th in Strasbourg.
The score that my coddiwomplian friend Nicolas Lafourest and I we’ll improvise for L’exercice de disparition by the writer Mathieu Brosseau will be broadcast live on Radio Univers on the 23rd from 2.15pm to 3.45pm.

Finally, to sail on a sea of notes without leaving home, we offer you the How we tried a new combination of light, film, forty minutes of a daydream created by Alanté Kavaïté in 2012 about my symphonic piece How we tried a new combination of notes to show the invisible.
Joy of rediscovering this object eight years after it has been created though it has always been here. Just like every thing is always just here, more or less clear, like sparkles on waters more or less reflecting light.