Heartbeat of the Death

Home > News  > Heartbeat of the Death

01 Oct Heartbeat of the Death

« Heartbeat of the Death » 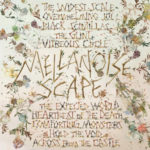 Four years after the multicoloured planets of Fritz Trautman’s Galaxy, the vital impulse of Haruko Maeda’s Heartbeat of the Death -extended by the inconceivable artwork of Yoann Buffeteau- reflects the new MellaNoisEscape’s album. This such a sumptuous pack (vinyl, CD, digital) is released on 5 October on Ulysse/Sony and is eager to hand over its ten tracks to you, in hopes that they will make you sway from chasm of molten lava to most cloudless skies.
It is all about the world’s hidden scale, about overwhelming feeling, black scintillas on a bubbling slope, the almost circular time, our spoiled paradise, the missing crowd, tamed monsters, precious void and fully filled childhood.
It has been recorded by Nicolas Sacco and mixed by Nicolas Dick. Valentina Magaletti plays drums and Suzy LeVoid is on choirs before rushing to bass guitar for the upcoming shows. 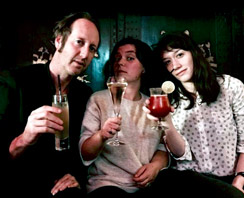 It is with that dream team that we will be touring as from the 5th at L’Echonova in Saint-Avé (56) with YachtClub and some dashing college students who will play covers from the first MellaNoisEscape. On the 19th we will play at Astrolabe in Orléans (45) with Motorama, on the 20th at Pavillon 108 in Fumel (47) with Lane, on the 25th at L’autre Canal in Nancy (54) with Club Cactus, on the 26th at CCM John Lennon in Limoges (87) with Jeanne Added and on the 31st at La Ferronnerie in Jurançon (64).
This first salvo will continue in December and then will bloom again at spring time.

So as to launch the album on rails of euphoria, I’m craving to let you see Overwhelming Joy, , one of the first video clips directed by Florent Trochel, video maker and stage director, with amazing Marie Piemontese and Nara.

On more acoustic lands, those of BAUM, we present your eager ears and greedy eyes with some Fauré vibrant pearls before the album Ici-bas being released on 9 November. On streaming media players, you can already listen to: Les Berceaux by John Greaves, Tristesse by Sandra Nkaké on the 12th, En Sourdine by Piers Faccini on the 19th, Nocturne by Jeanne Added on the 26th and, in addition with, extracts from the closing show of Festival d’Avignon in the Popes’Palace.

Whereas, with Adrien M and Claire B, we are getting into our third collaboration called Acqua Alta, the Mirages & Miracles reach the Theatre in Arles for ON_Octobre Numérique all along this month, while L’ombre de la vapeur goes on sparkling in Cognac.

Where it is also a matter of absence still ever present. Face à la mère will be conceived on the 4th. It is the new play by la Cie Tandaim, directed by Alexandra Tobelaim on the heartbreaking text by Jean-René Lemoine and whose music I was happy to compose and which will be interpreted by the perfect Astérion on double bass, Yoann Buffeteau on drums and Lionel Laquerrière on guitar and voice. It will be performed from the 4th to the 6th at Théâtre du Jeu de Paume à Aix-en-Provence (13) and on the 11th at La Garance – Scène Nationale de Cavaillon (84) and then on tour.

« Here the lost voices bloom in an anthem delivered by the wind,
The heartbeat of the Death pulses in our half-Eden ».