Bang! On the 4th, a sonic get-together in Albi with G.W. Sok and Nicolas Lafourest for one of these rare and precious moments of our raw trio, dotted-walking, Coddiwomple.

Splash! Along with springtime, MellaNoisEscape is back for four gigs with the ever perfect Suzy Le Void on bass guitar and, this time, the wonderful Lucie Antunes (Aquaserge, Moodoïd…) on drums. We’ll be Sans-Réserved in Périgueux on the 10th, Sirèned in La Rochelle on the 11th playing before Jeanne Added, we’ll be Stereoluminoux in Nantes on the 12th with comrades L.A.N.E.-invited by the fairies 73notes- and we will end at Max in Quimper on the 13th. To celebrate the newest blooming nature, we will free here the pixels of the brand-new video clip from Heartbeat of the Death, directed by Gaëtan Chataigner.

Szweeez! And still, out of the question to let the sweetness of Fauré’s Melodies go. With BAUM, Élise Caron, Kyrie Kristmanson, Himiko Paganotti and John Greaves, we’ll be joined by Sandra Nkaké and Rosemary Standley at the Garde-Chasse in Les Lilas on the 18th and by Judith Chemla and Hugh Coltman at Le Quai d’Angers on the 27th to transmute sound into honeygold.

Would you wish to uncover what lies beneath this BAUM adventure with Fauré, from the first babbled notes to the Cour d’Honneur of Festival d’Avignon and including the recording of the album, the beautiful feature-length documentary by Pauline Jardel traces this dream: it is released on DVD and can be ordered here. 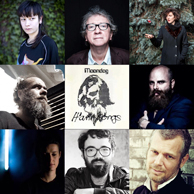 Tchpaûk! Another composer, another new birth and joy to be at the artistic direction for live setting again one of the masterpieces by the blind and visionary viking of 6th Avenue: the album H’art Songs by Moondog. Another opportunity to fix a dream set, obvious and odd: Matt Elliott, Borja Flames, John Greaves, Thomas de Pourquery, David Sztanke on voices, Barbara Dang and Eve Risser at the pianos and Lucie Antunes once again on drums. It is the first time that this collection will be played in its whole. This historic concert will take place at the Metronum in Toulouse on the 20th, as part of the Moondog Season of the city.

Koolthingz! And then westward to Bucharest to record the musical score for Chiara Malta’s full-length film, Simple Women, an echo of the 90s cult film by Hal Hartley, Simple Men, with and about the iconic Elina Löwensohn.

Bom! It is difficult to have something less lightweight and moving than the shaking documentary by Johanna Bedeau Condamnés – Victimes : un dialogue possible, whose score I composed and that will finally be released, after a long run of twists and turns. A very intense and luminous experience that will be broadcast on France 2 on the 30th.

To end with, some theatre scenes sprinkled with my music : 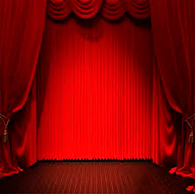 Haro! The final dates in Paris for Stanislas Nordey’s « Qui a tué mon père ? », ending on the 3rd at the Théâtre de la Colline.
Sckting! Le Fils by Cie l’Unijambiste at the Théâtre du Rond Point up to the 14th.
Plaouf! Acqua Alta by Adrien M and Claire B in Oloron Sainte-Marie on the 2nd, and then from 9 to 16 at the Hexagone in Meylan.
Waöezz! The installation L’ombre de la vapeur revived by the Fondation Martell in Cognac for seven months.
Aïe Aïe Aïe! Fulmine by Charlotte Blin will have the timbers of Brest shivered on the 26th.
Sparkling in all matters! Blood from a stone! Let us shoot light everywhere so that it gobbles every stunted and shadow-worn nook of the world.