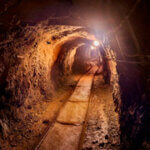 For the first time in 6 years, this newsletter has been suspended because of non-sufficient material and it had preferred silence rather than chasing the windmills of empty April. With energy all gathered to look for light so that the journey be continued, sometimes with necessity to search very deep to find the way and not be seized by a kind of feeling that art is put out to pasture whereas we never doubt about its absolute necessity.

May, let wish it to be recovering, will not yet witness the fruits of the year on stage. However -as written too many times- several things are at work, among others: a new creation with Adrien M & Claire B, for the ARTECHOUSE on New York City; compositions for the Stanislas Nordey’s play about Ce qu’il faut dire by Léonora Miano and for Laure Werckmann’s play about J’aime by Nane Beauregard; a swerve on the bridge of Avignon with the dancer Raphaëlle Delaunay; score for the upcoming film of Carlos Gomez Salamanca.

And also switching into turbo mode for the musical pieces for choir with the Mélisme-s Ensemble. For the month’s good news is the unexpected announcement of the preview of Éon at Festival Les Traversées in the Abbaye of Noirlac on July 10th. Joy!

Would you be attracted by a 1-hour & 12-minutes of emotional massage and animated grace, you can (re)watch The Girl Without Hands, the masterpiece by Sébastien Laudenbach, on replay up to the end of May on France TV.

Let us meet again in June, maybe in a concert venue, who knows?