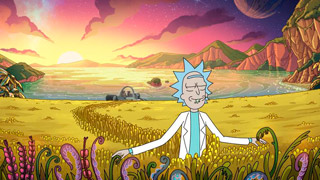 It took over one year and one century for the Gregorian calendar rewarding us with such a good mark and, even if some indisputable improvement has been noted, we earnestly doubt if our brave new world deserves such a good scale. Let’s assume it is the hilarious support of a Rick Sanchez and let’s laugh loudly looking a little higher than the average in each of our own gardens.

In ours, the decade is surging forward. It’s starting on a Sunday, with the marvellous John Greaves who is opening a 3-month carte blanche at the Gare Jazz in Paris, during a series of 13 Sundays where 22 guests will come one after the other. I’ll periodically join that Sunday craft sailing towards Spring and I’ll be there on January 5 and 19, along with David Aknin, Sylvain Daniel, Laurent Valéro and Himiko Paganotti. 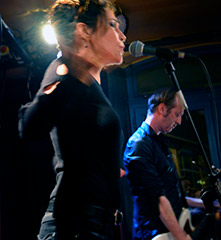 Some weeks ago, we unveiled the flamboyant brand new duo with the flamboyant Mona Soyoc. It would seem a transmutation occurred there and that the ‘Let’s-see-what-happens’ became a ‘What-on-earth-has-been-happening-there?’. Somehow shaken up by the fervour of the audience, we can but go on with this nice adventure that the 73notes’ pixies caught straight away by inviting us in Nantes on the 8th for a set at the Scène Michelet along with Mona Kazu and Jaune Dark.

Kinetic art at the Cinémathèque de Paris where I’ll be pleased to meet again Sébastien Laudenbach on the 10th for an ad-lib performance based on what Sébastien will draw and create animation in real-time. One way to reconnect with the extreme freedom of abstract animation a la Norman McLaren. Such an uncommon point of view, to impulse the dance of forms-colours with such grace, that we need but the talent and the audacity of The Girl Without Hands director -whose filmography enters the Cinémathèque’s collections for this occasion. 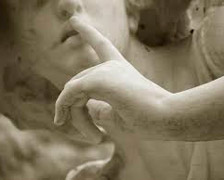 Having fastened sound to particles of light, we’ll have to make it bear the burden of silence. The Paris des Femmes festival has chosen ‘Secret’ for its 2020 theme and I’ll string along the intensity of the texts written by Christine Orban, Anne Le Ny and Noémie De Lattre, staged by Géraldine Martineau and interpreted by Johann Cuny, Adeline d’Hermy, India Hair, Anne Loiret and Grégoire Oestermann during the third evening, on the 11th at the Théâtre de la Pépinière. 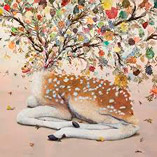 Softer secrets and drawn harmonies to heal wounds or illuminate our paths. This month, four dates for BAUM, Élise Caron, Hugh Coltman, John Greaves, Kyrie Kristmanson, Sandra Nkaké, Himiko Paganotti, to plunge again into the beauty of Gabriel Fauré’s Mélodies that will be echoing on the 18th in Villefranche-sur-Saône, on the 21st in Rouen, the 29th in Cenon and the 31st in La Roche-sur-Yon.

And then, an event in Paris. From the 24th, L’Ombre de la Vapeur, distilled in Cognac with Adrien M and Claire B, will be welcoming you in its monumental nest of sound and vibrating light for Faire Corps during three months at the Gaîté Lyrique where the abstract landscapes of XYZT will pulse, as well as CORE, a new piece composed for this occasion. 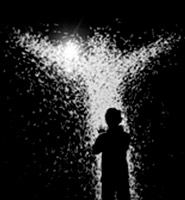 Somewhere else but maybe close to you, the digital waters of Acqua Alta in Tremblay-en-France on the 25th, in Onet-le-Château the 31st; the son’s indictment, Stanislas Nordey for Qui a tué mon père? in Orléans on the 22nd; and the indoctrination of a mother, Emmanuelle Hiron for Le Fils in Angoulème on the 14th and 15th, in Saint-Céré on the 23rd and in Gindou on the 25th.

Even though we are not dupe and do not care about good marks, let’s enjoy this ephemeral 20/20 and, since the rise of the denominator is expected without very little to be done by the numerator, let’s try to reach our common denominator and raise the level -except the oceans’ one.

Have a beautiful decade.