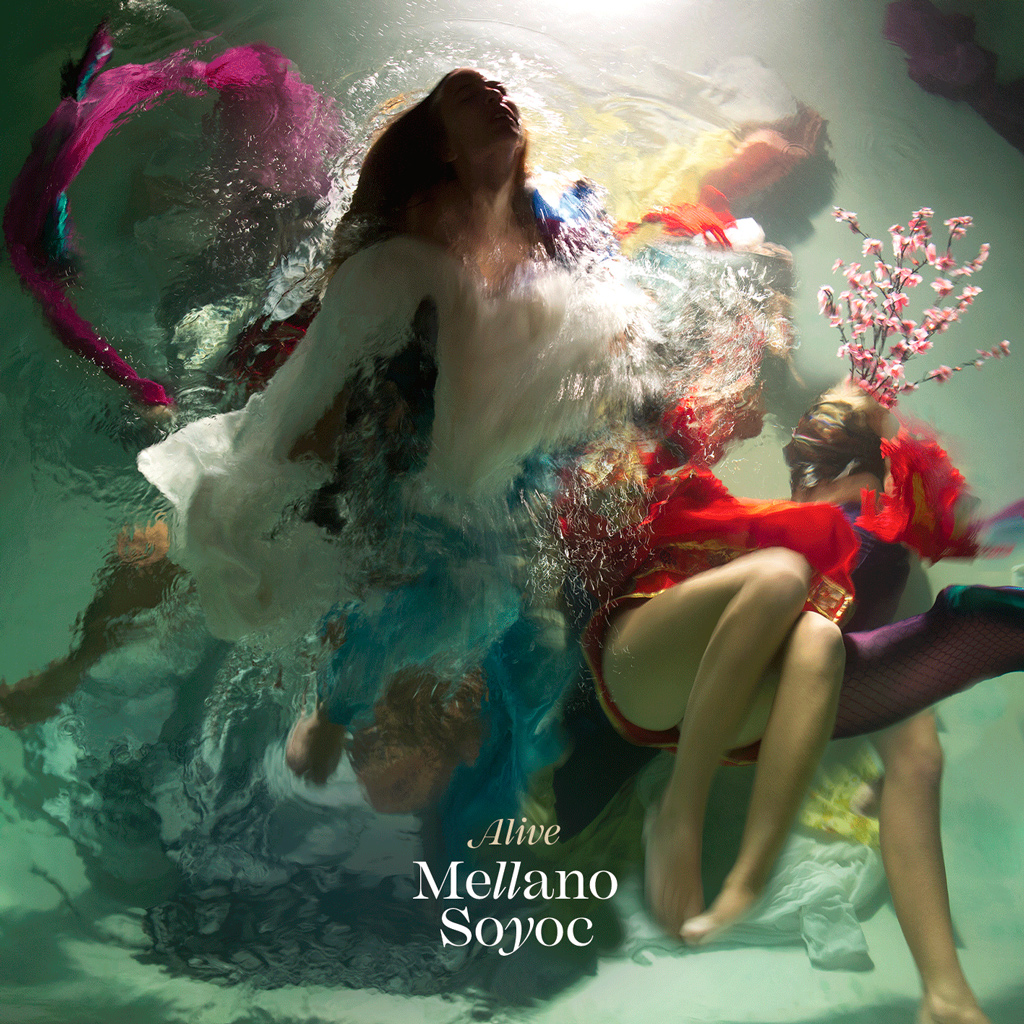 Unusual journeys and beautiful encounters fulfill one’s life, nourishing the body of one’s work. Mona Soyoc‘s life was turned upside down when her partner in the mythical French cold wave band ; KaS Product passed away one dark day in February 2019. At the very beginning of the 80s, the late Spatsz had understood everything that this young American of Argentinian origin, who had lived in England and Belgium, could bring to his music. A great asset in a post-punk era, in which they became in the East of France, what the French band Marquis de Sade, became in the West of France, in a country that was beginning to withdraw partially from “pop music”. A voice, a paradoxical and fascinating cold wave fever, and a stage presence brilliantly reaffirmed since 2012 when the duo first reformed.

The encounter with Olivier Mellano came about quite naturally as this guitarist is keen on collaborations, with a career that is so rich: Dominique A, Mobiil, Bed, John Greaves, Psykick Lyrikah, No Land with Brendan Perry (Dead Can Dance) and the Bagad Cesson, Baum and his huge cast (Jeanne Added, Thomas de Pourquery and Daho among others), NO&RD, Coddiwomple with G.W. Sok (The Ex), collaborations with Jambinaï, Dälek, the Orchestre Symphonique de Bretagne or his most personal project MellaNoisEscape performed on stage in trio with Miët and Lucie Antunes. No one better than him, knows how to work with other artists, and get the best out of them.

Having in mind a collaboration she hopes to be fruitful, Mona Soyoc approached Olivier Mellano in 2017, but it wasn’t until spring 2019 that the actual meeting took place, with one rather simple bet: let’s meet in the studio and see what we come up with. At Caverne studio in the South of Paris, the experience will exceed all expectations: arriving with scraps of lyrics and ideas scribbled on a notebook a few months ago by Mona, the guitarist and the singer improvise in one day the entire base of the tracks that ended up on the album!

There is something very organic about Mellano Soyoc, a balance between freedom of form, where each song is exempt of the simple verse/chorus structure, and a sense of urgency, this impression of key moment revealed that day in the studio.

The first concerts at the end of 2019 will prompt them to dive into these recordings again, to shape each title, and to validate on stage, the duo, the very premise of their alliance, made of darkness but of warmth, of calm before the storm, of serenity, which comes only after the deepest anxiety.

On stage in the live trio formula

The halt imposed by the virus did not prevent them from pursuing their project, on the contrary: they recorded the album at the end of 2021 with Romain Baousson (former drummer of the late Dominic Sonic, another figure of the French rock scene) and mixed that winter with Nicolas Dick (Le Puit Sonore Studio, Kill The Thrill).
Valentina Magaletti, previously featured on the MellaNoisEscape album, contributes with her inventive beats on this project, while drummer Uriel Barthélémi, with his international and multi-faceted career, will bring his own unique interpretation on stage, in the live trio formula.

Without going too much into detail about each of Mona Soyoc’s lyrics, if we pay attention, we will discover a permanent concern for one’s true self and for the others. To find one’s place, one’s identity, one’s ‘eternal’ self, in other words one’s Avatar, to read another’s heart as one’s own (Hearts).

To even be able to rescue another, to open them up to a new life (Enjoy, where subjects around human trafficking of all kinds emerge, to which Mona Soyoc is very sensitive), or even to help one to free oneself from their own prison walls (Dragon). And if sometimes the tone becomes lighter in the subject as in the form (Idiot), it is a certain serenity which emerges from Grateful, written after Spatsz’s death, unconsciously turned towards the accomplice of her first duo. And not the last, therefore. Just like this album, as the 2 artists spontaneously saw as a long term collaboration.

All that remained was to find an album cover and a name: the striking photo of Christy Lee Rogers submitted by Mellano gives this first album not only a sumptuous visual, but also a title, since this picture was originally named ‘Alive’. Colorful, strange and fascinating, both familiar and disturbing, surely rich, surely beautiful. Alive! Awake!

After KaS Product, the cold wave icon Mona Soyoc is back with a perfect balance teaming up with Olivier Mellano, and their first album “Alive” shows indeed how their creation is alive and awake. 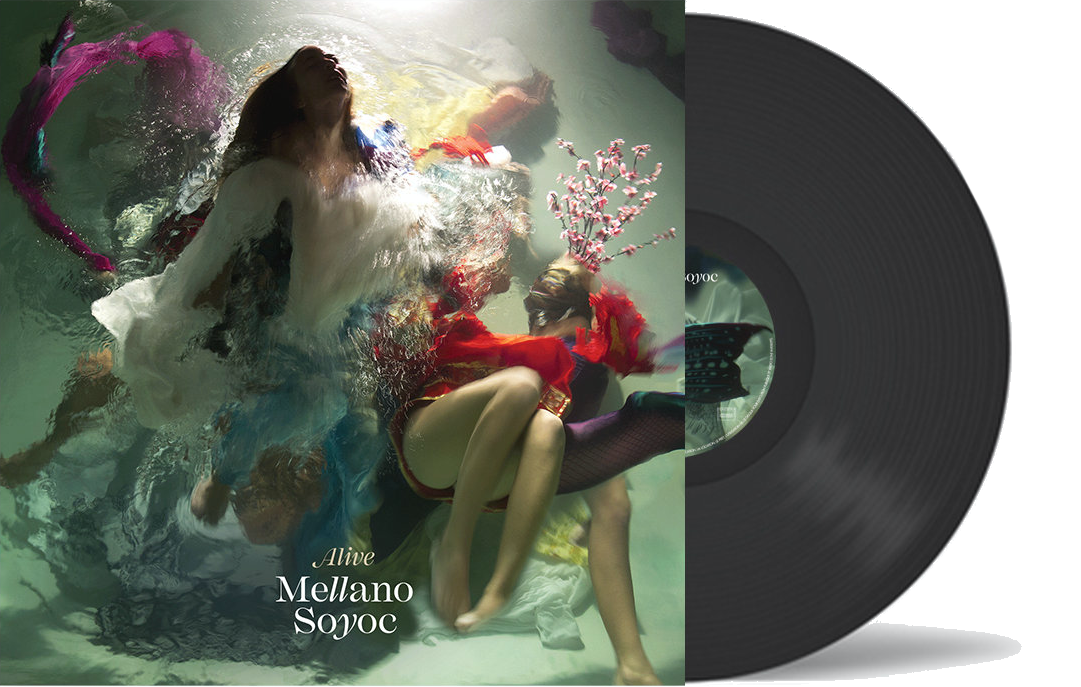 So here we are again and it’s as though nothing has changed, although of course everything has changed. Following the death of her KaS Product partner Spatsz (R.I.P.), Mona Soyoc dips her toes into invigorating musical waters again, with guitar composer wizard Olivier Mellano and once again we find a duo capable of challenging and inverting norms. There’s only so much two can do, you might think, but this was said about KaS Product and they tore the space apart between your ears. This pairing is mature, while showing no age, and a new adventure begins.

It’s a shame Mona couldn’t copyright the term ‘minimal’ back in the day, because they do exquisite things with simplicity. ‘Enjoy’ is sharp as a jaunty opener, a stark guitar against big vocals that arch outwards into luxury, power aching to be unleashed. The music seeps boldly along, the powerful vocals dragging you with them. This is deliciously vibrant, pulsating drama and yet still sparse. ‘Avatar’ seethes with a dignified poise, the shadow of its rhythm a warmer dose of filmic noir with a subtle bass curvature, tiny shattered guitar glass swirling.

Everyone likes a comparison or two, so take the most thoughtful musical side of Garbage and implant that into the serener mood of Portishead, but with greater, vivacious vocals. Maybe that gets close? Not much else will. Grace and splendour abounds. ‘Hearts’ is simpler still, a confused vocal presence flitting between the sounds filling in behind them, as a playful mood builds until a visual lyrical cascade is threatened, whereupon it just stops. ‘Come In The Winter’ is beautiful. Sublimely slow, the vocals over an acoustic and organic percussion. Some bitter guitar barges in, and amidst the gentility their is anguish twisting – strangely conventional, but serving to show how rarely they touch normality.

They can switch the power between them.

‘Unvulnerable’ owns a churchy ambience as the vocal desolation spreads, the tune building slowly, bisected by a grumpy big guitar menace urging the vocals to step up the angst and speed, before dissipating quietly and curiously. There is no strict logic here. Atmosphere dictates all. ‘Dragon’ has a terse pulse, the music ticking over beneath a grand vocal sprawl as if they’re constructing a sonic hologram. I have no idea what the solemn, elegiac ‘Rider With His Sword’ is about, but it easily leaves a listener entranced.

They’re also pretty easy to sink into. ‘Not Sleeping’ is like an abstract daydream to fill in for the nights, sumptuously addled from its gentle start to a very languid cliff-hanger. Their cutely salacious ‘Idiot’ is also more straightforward, its pop entrails hanging out. ‘One Great Desire’ is sweeter in seduction, the guitar nibling at the fulsome vocal charge, provocative even when still and the emotional rollercoaster of ‘Save You’ may even be them at their perkiest, but it’s still a bruising experience!

They close with the delightfully demure ‘Grateful’, sensitive and heartfelt, a truly touching send off. But to where? After such a triumphant debut the great thing is that we have no way of predicting what they will do next. 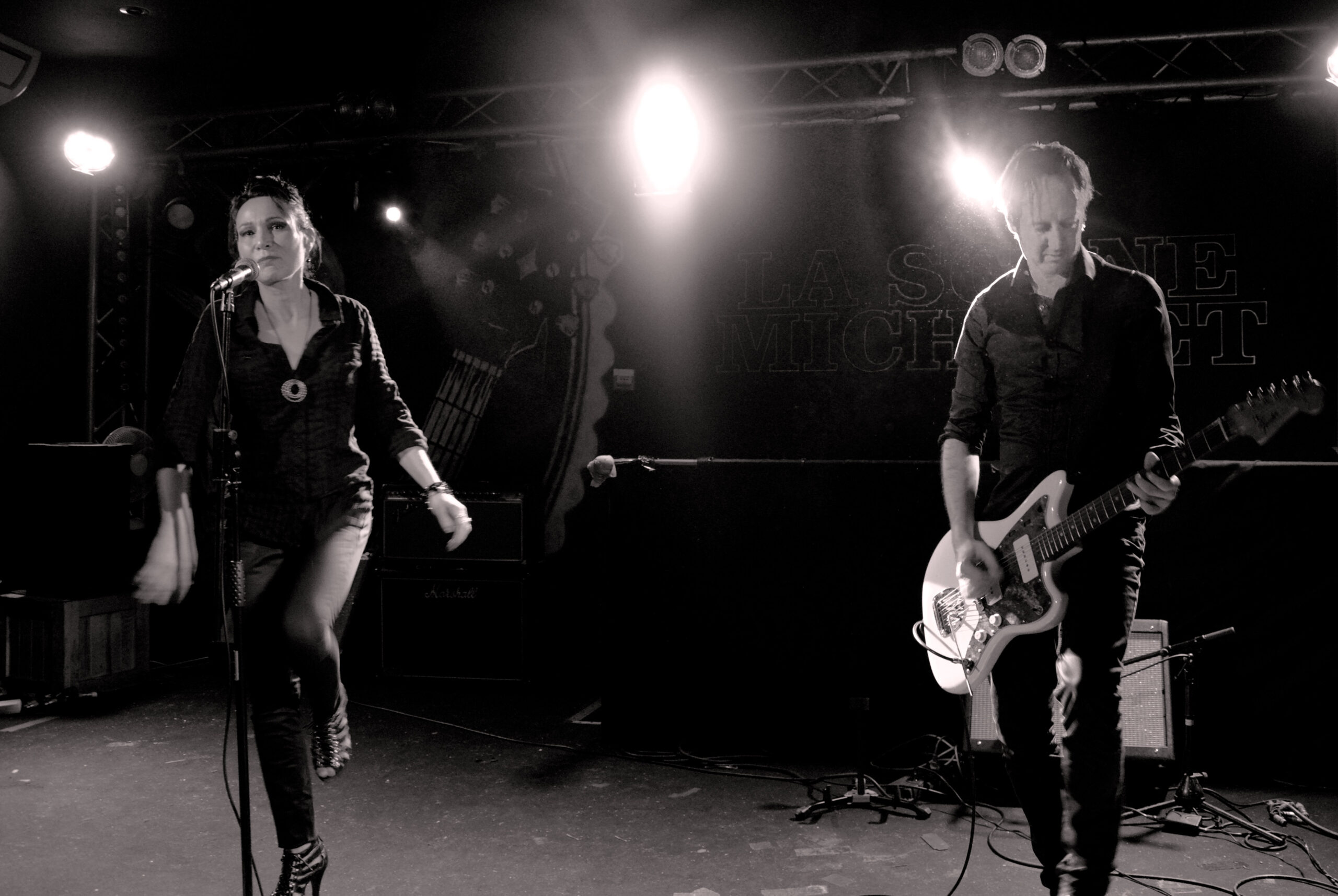